“within fifty years or so, museums will still show portraits that I painted of all my friends but of the artist who did these many portraits, there will be no trace in any book. I am perhaps the only painter of my generation about whom there is no monograph and whose name the Larousse dictionary still ignores”.

When he wrote this prophetic lament  in 1921, Jacques-Emile Blanche could hardly have guessed that nearly a century would pass before the publication of a monograph devoted to his paintings. Yet, this artist who rubbed shoulders with ‘le tout Paris of the Belle Epoque’ but who was equally at home in upper-class Edwardian London, has never lost his popularity.

Blanche was not merely a celebrated painter in his own lifetime, but also a distinguished musician who played the piano ‘divinely’ and could read the most complex of scores, the author of over forty published books as well as a prolific journalist.

In fact, during his lifetime, these many talents laid Blanche open to harsh criticism not only from art critics, but also from his fellow artists and even friends, who accused him of being a jack-of-all-trades, of living a life of idleness thanks to his substantial private income, of being too clever for his own good, and, worst of all, of being too fashionable.

When Rouen Museum mounted an exhibition of Blanche’s work in 1997, the first since the Second World War, the catalogue sold out within weeks. This book – the first monograph of his work to be published – is eagerly awaited not only by the general public, but also by private collectors and the art galleries and museums worldwide that possess examples of his work. This richly illustrated book aims especially to demonstrate the degree to which Jacques-Emile Blanche should be considered, alongside the likes of Helleu and Boldini, among the ranks of the great artists of the Belle Epoque and the twenties and thirties. 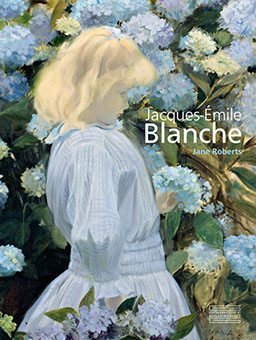